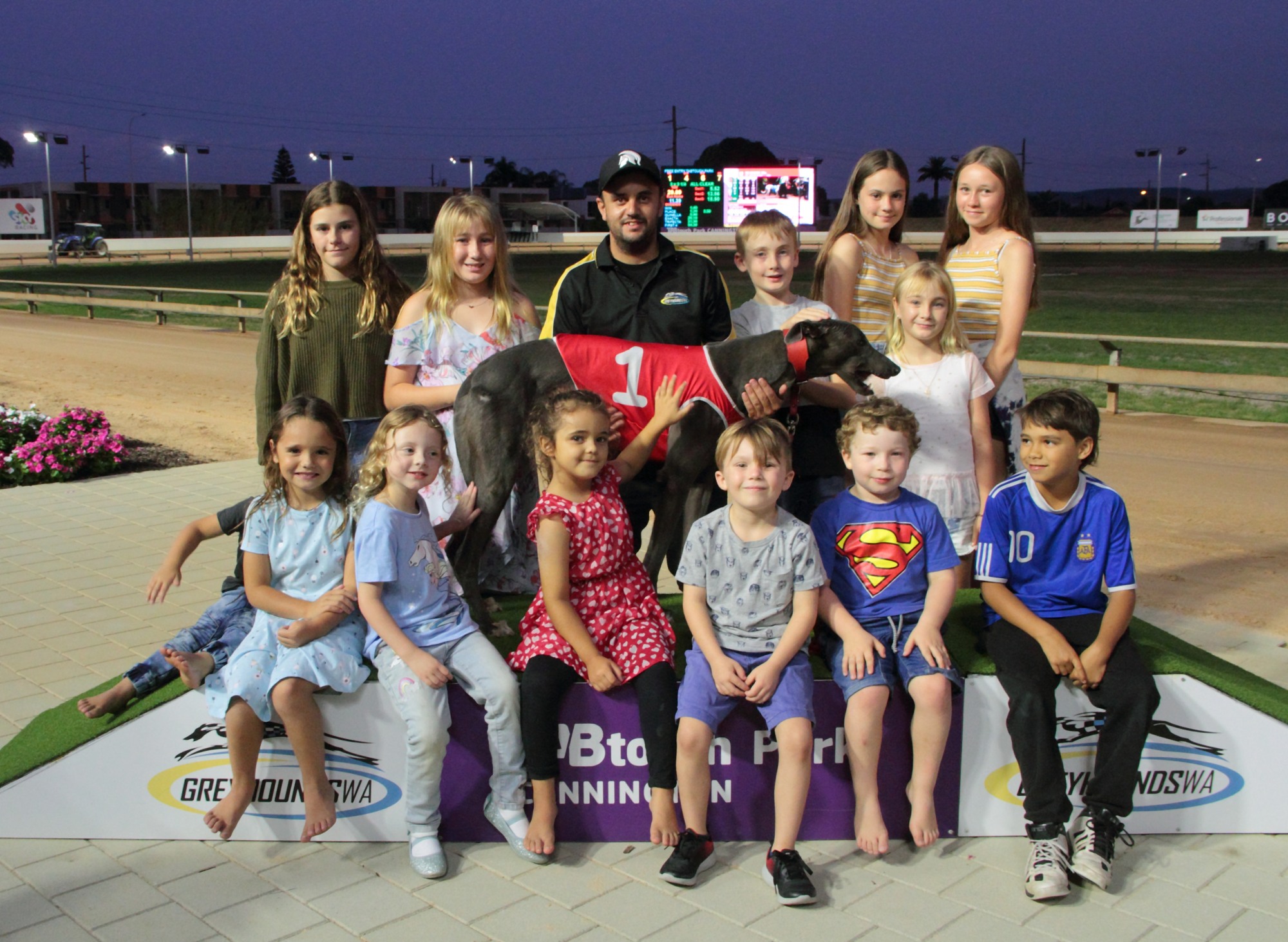 A ‘Derby Double’ is up for grabs for Fernando Star when the classy youngster contests the Group 2 WA Derby (520m) at Cannington on Saturday.

Fernando Star claimed the Mandurah Derby earlier this month and he has the opportunity to become the only greyhound aside from Deutronium in 2012 to complete the double.

To achieve that the Chris Halse-trained chaser will need to defeat one of the hottest Derby fields in recent years.

Fernando Star ran a distant second behind Tommy Shelby during his heat last weekend and his task in the trophy decider doesn’t get any easier.

Aside from taking on Tommy Shelby again he’ll come up against Perth Cup finalist Buster The Brute, the strong running Redcap Monelli as well as exciting Victorian pair Catch The Thief and Aeroplane Eric.

Despite the difficulty of the challenge the mood in the Fernando Star camp remains upbeat and kennel foreman Luke Townsend was happy to back the greyhound.

Fernando Star has won seven of his past nine starts and has a huge advantage with box one in the final.

“The level of talent in the race in unbelievable but I reckon he’s going to be right in the finish,” Townsend said of Fernando Star.

“We’re very happy with the draw. He should get a nice run into the race from there.”

Townsend saw plenty of positives in Fernando Star’s heat run, where he finished more than four length behind the winner.

“He missed the start a bit which wasn’t ideal but it was a really good run to put himself back in the race and get around the field on the corner,” Townsend said

“He was taking ground off Tommy Shelby at the end.

“Fernando’s just a natural racedog and a really hard chaser.

“Hopefully he gets his jump right this week but whether he comes out or misses the start he should thereabouts.”

Halse has had great success in the WA Derby in recent times having taken out the race the past two years with West On Augie (2018) and Premium Share (2019).

“It would be great to do the Derby ‘three-peat’,” Townsend said.

“This year definitely looks a lot harder than the previous two but we’re in with a chance so we’ll see what happens,” Townsend

Halse also brings four greyhounds into the heats of the WA Oaks, which will be run on Saturday as well.

West On Bloom and Veyron Star will feature in heat 1 while West On Magada and Happy Talk go around in heat 2.

“West On Bloom is likely to struggle but Veyron Star is well drawn in the pink as she likes to get up the track a little,” he said.

“I think Magada is an eachway smoky in her heat.

“Happy Talk has ability but she’s only had limited starts and whether or not she’s up to this level right at this moment remains to be seen.”

The first race at Cannington on Saturday is scheduled for 7.07pm local time.

Photo : Fernando Star after a win back in February